Homemade waffles are drizzled with a buttery, cinnamon-sugar topping and a sweet cream cheese glaze. These Cinnamon Roll Waffles are a breakfast worthy of royalty! 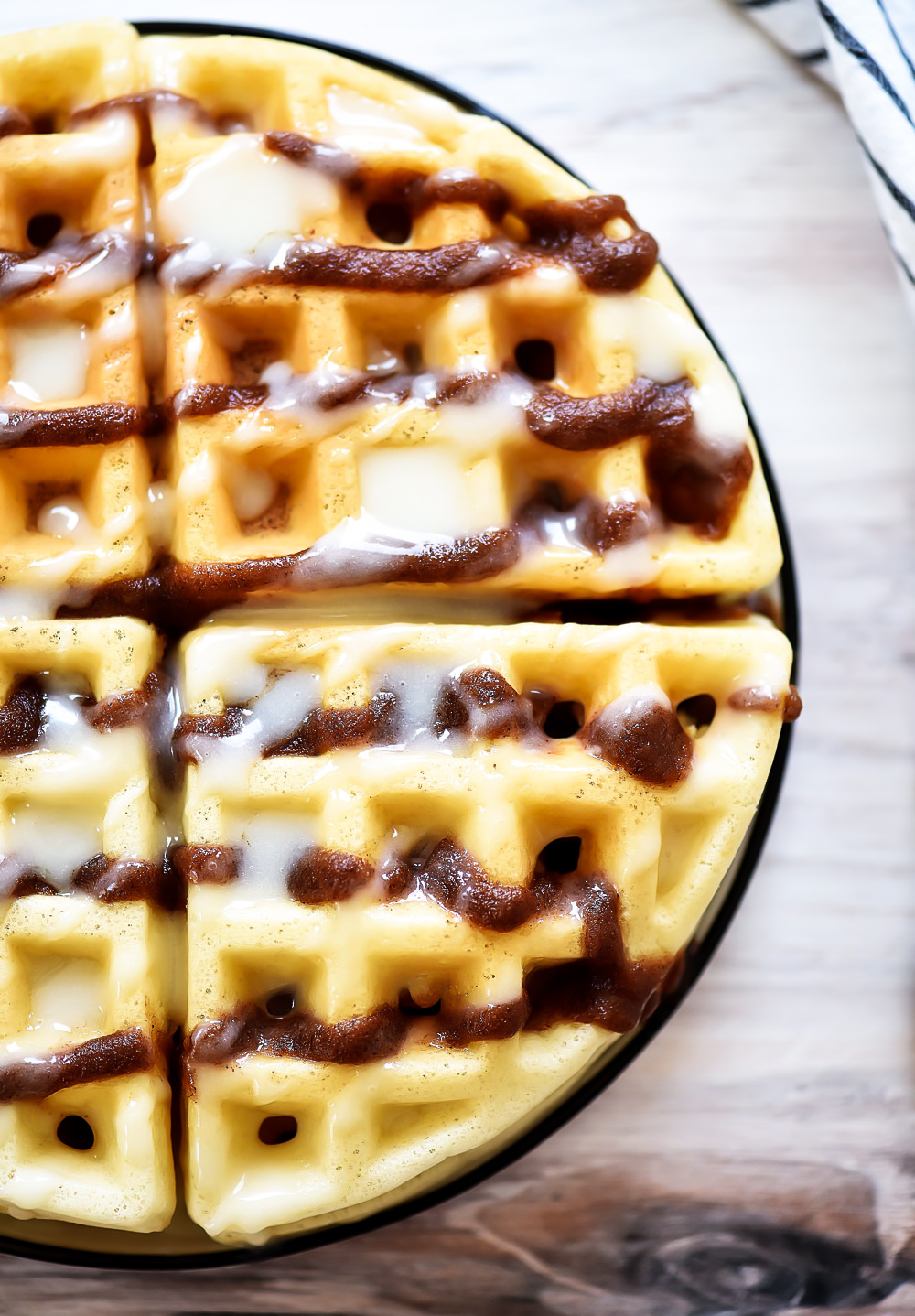 You are in for a real treat with these Cinnamon Roll Waffles! They’re the best of both worlds combined into one insanely indulgent waffle. They are a breeze to make, and result in ultimate cinnamon roll heaven!

These delicious waffles start out with a simple homemade batter that is cooked until they’re moist on the inside and slightly crisp on the outside. A cinnamon-sugar mixture is drizzled over the top, followed by a generous pour of a sweet cream cheese glaze. This is the breakfast of champions, in my book. 😉 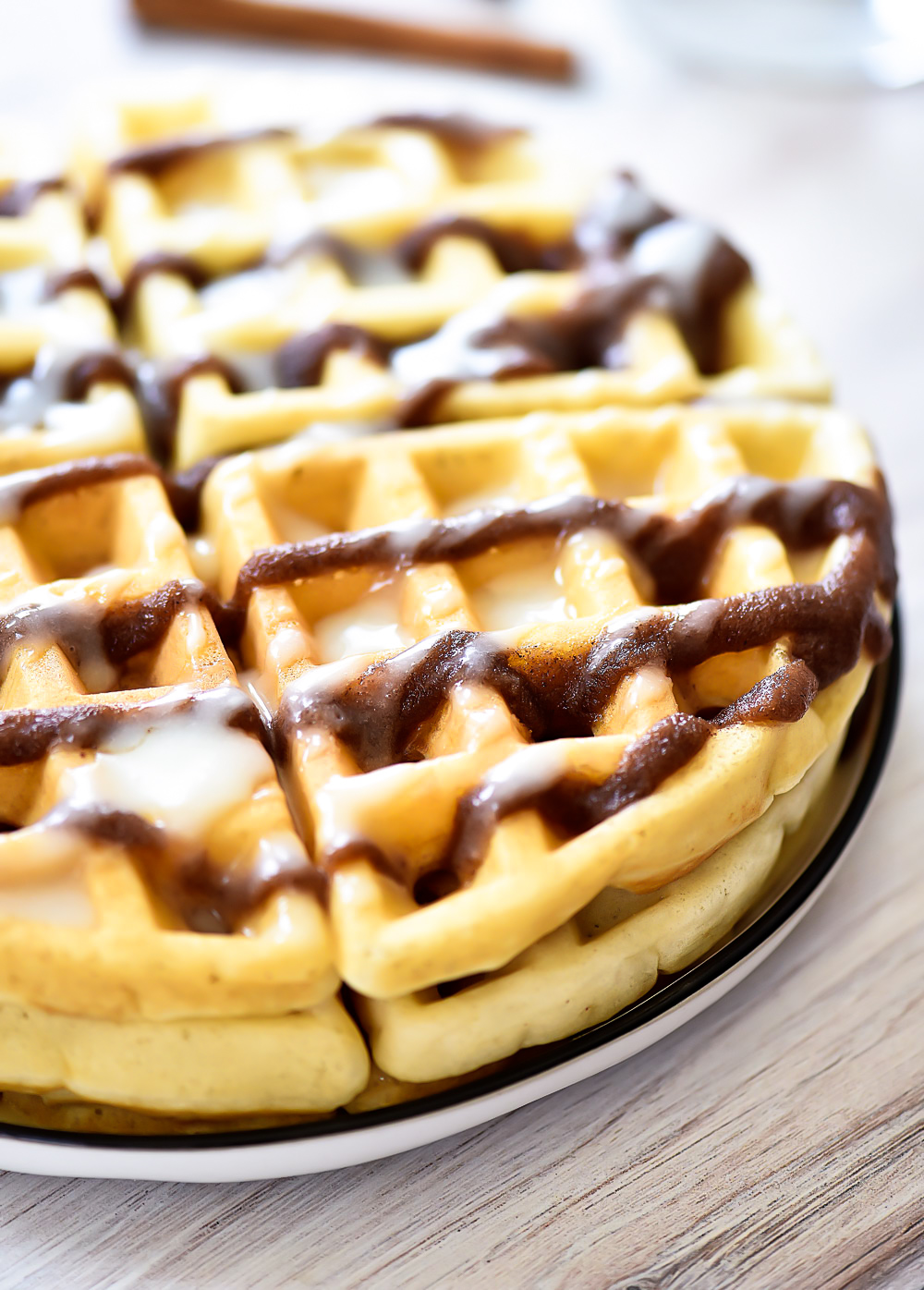 What makes these extra delicious is the fact that the cream cheese glaze soaks into the waffles giving you pure sweetness in every bite. Not only that, every bite will also greet you with nothing but pure cinnamon bliss.

Do you know what’s better than a light and airy waffle topped with buttery cinnamon-sugar and cream cheese? You guessed it, TWO waffles! Or three, who’s really counting anyways? 😉 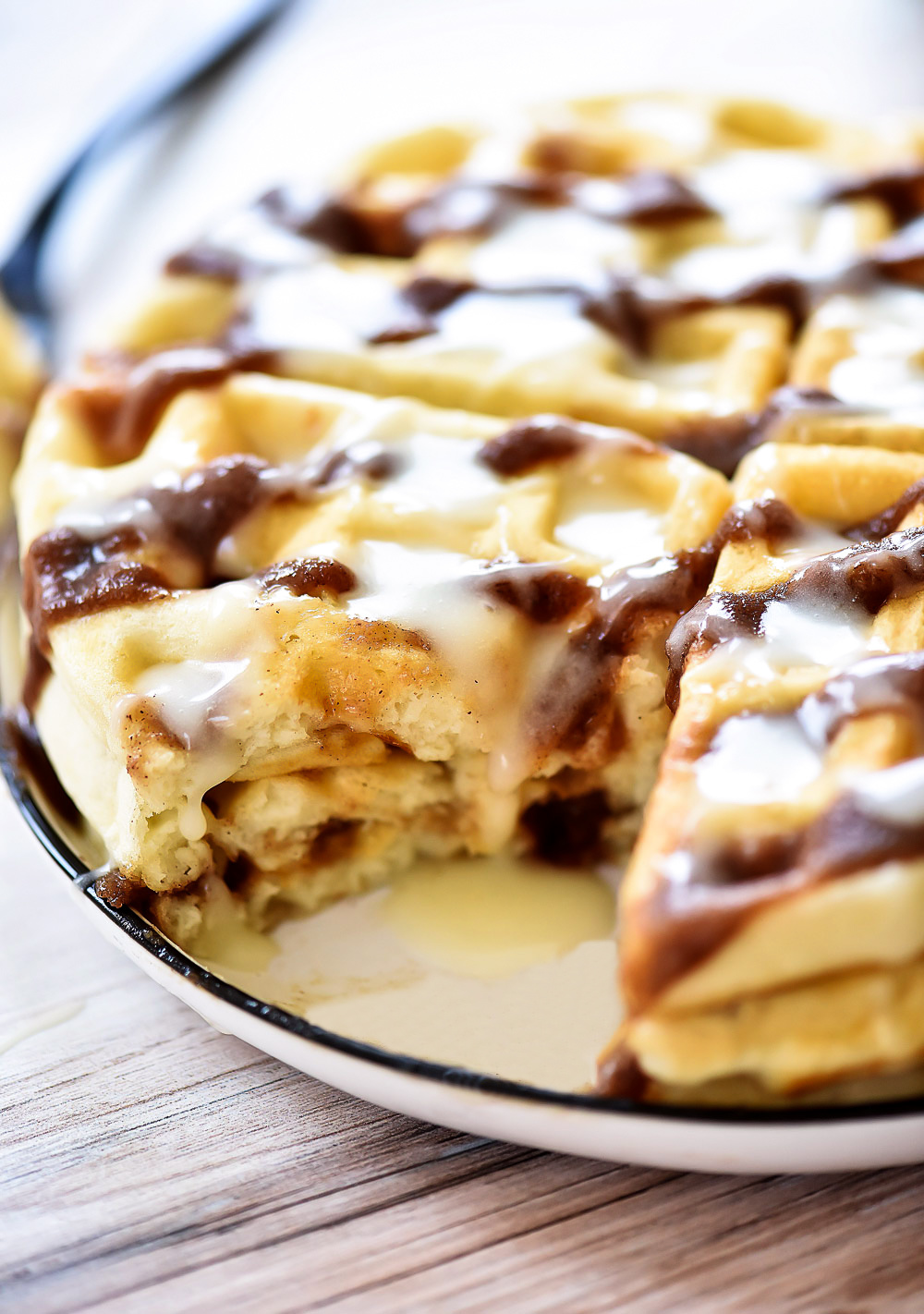 These can last up to 2 days when covered and stored in the refrigerator.

CAN I FREEZE CINNAMON ROLL WAFFLES?Yes, you can! But without the cinnamon topping or cream cheese glaze. Store the cooked, cooled waffles in a large freezer-safe Ziplock bag, squeezing out as much air as possible.

They will stay good for up to one month in your freezer.

I suggest reheating the frozen waffles in a toaster, so you maintain that crispy outside and soft inside.

CAN THEY BE MADE AHEAD?

They can, but I always say fresh is best. You can make the waffles a day ahead and just keep them covered up in the fridge until you’re ready for them. I prefer to reheat them in a toaster. Then add the cream cheese glaze and cinnamon topping after they are warmed.

CAN YOU USE A DIFFERENT BATTER?

If you don’t have the time to make a waffle from scratch, no worries! Feel free to use a boxed batter and make it according to the instructions on the back. You could also use your own homemade batter if you’d like, what really matters is that the cinnamon topping and cream cheese glaze ends up on top of them! 🙂

Cinnamon Roll Pancakes: pancakes filled with swirls of cinnamon and sugar that are then topped with a cream cheese glaze.

Cinnamon Roll Cake: a moist and buttery cinnamon cake with a creamy vanilla glaze drizzled over the top. 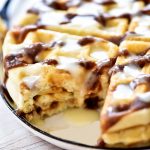 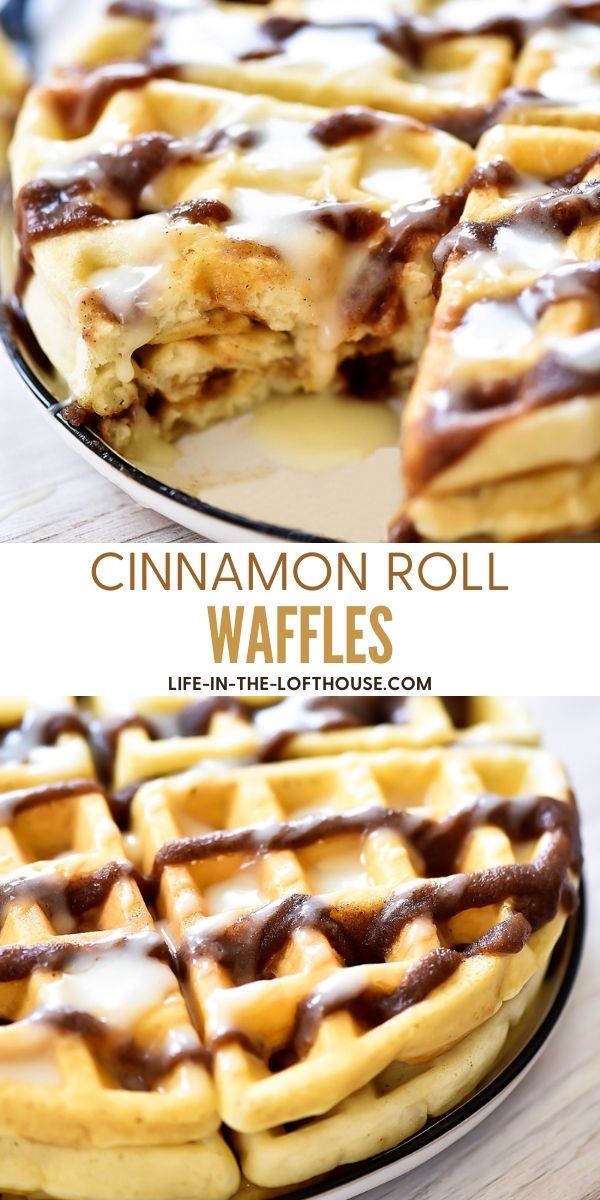 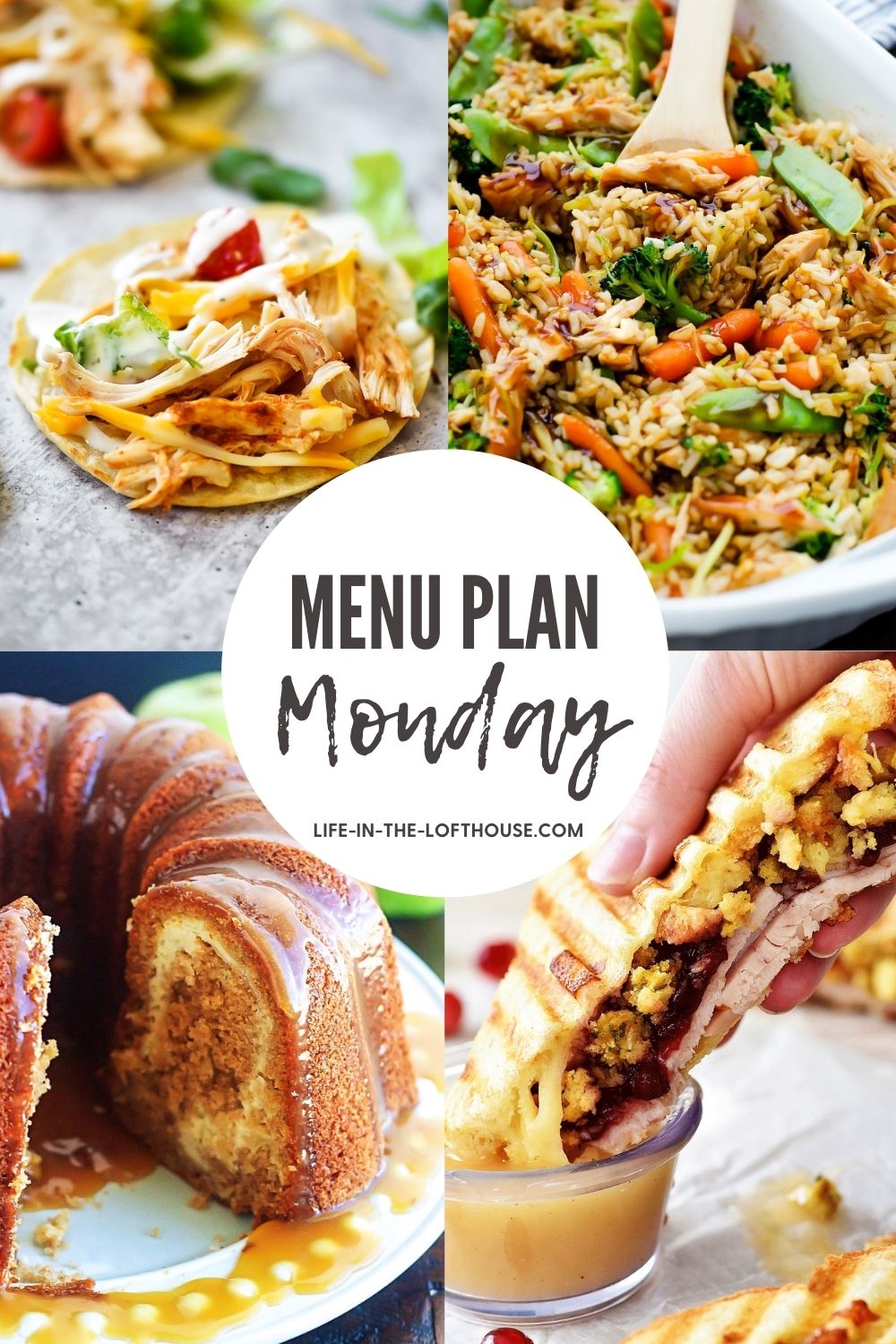