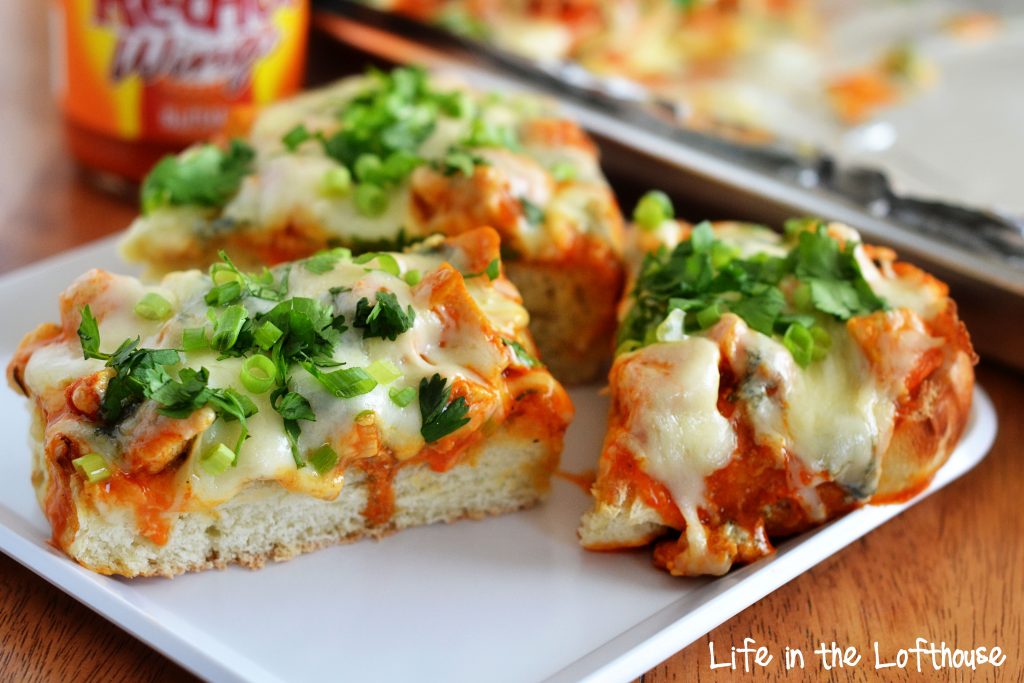 I decided to go with a Buffalo Chicken version, and the results were…… utter deliciousness!

This Buffalo Chicken French Bread pizza is loaded with grilled chicken, garlic, ranch dressing and buffalo wing sauce. Then topped off with mounds of gooey cheese. Oh my gosh. There are literally no words for this stuff. I even dreamt about it later that night, and then counted down the hours to eat it again for lunch the next day. It is insanely good! 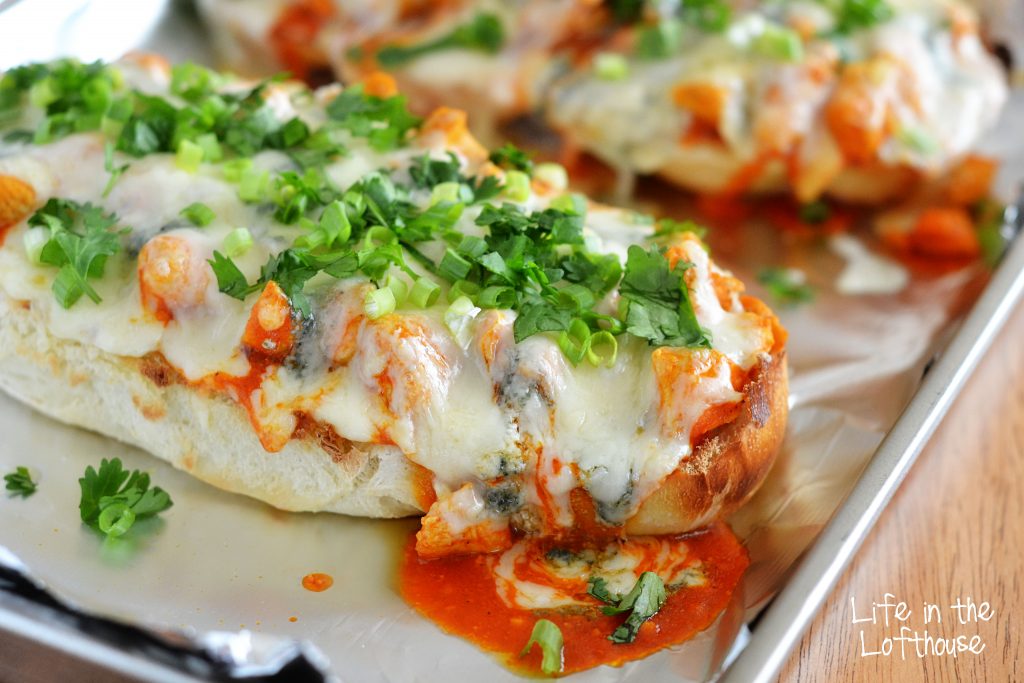 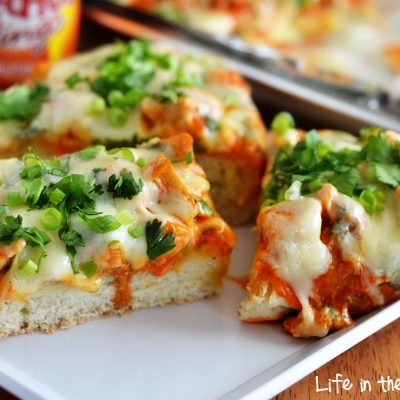 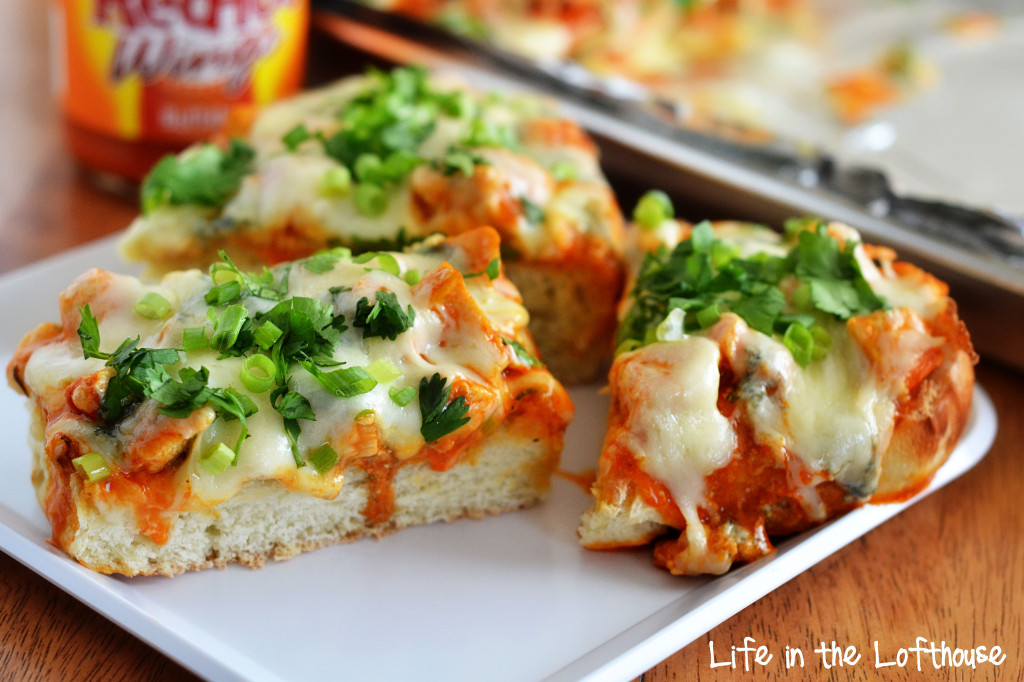 Hey there!
I'm Holly Lofthouse, the creator of Life in the Lofthouse. I am a mother, wife and friend that loves to create easy and delicious recipes. Welcome to my kitchen!
Learn More

Be in the know!

Don’t miss a thing. Get updates sent straight to your inbox! 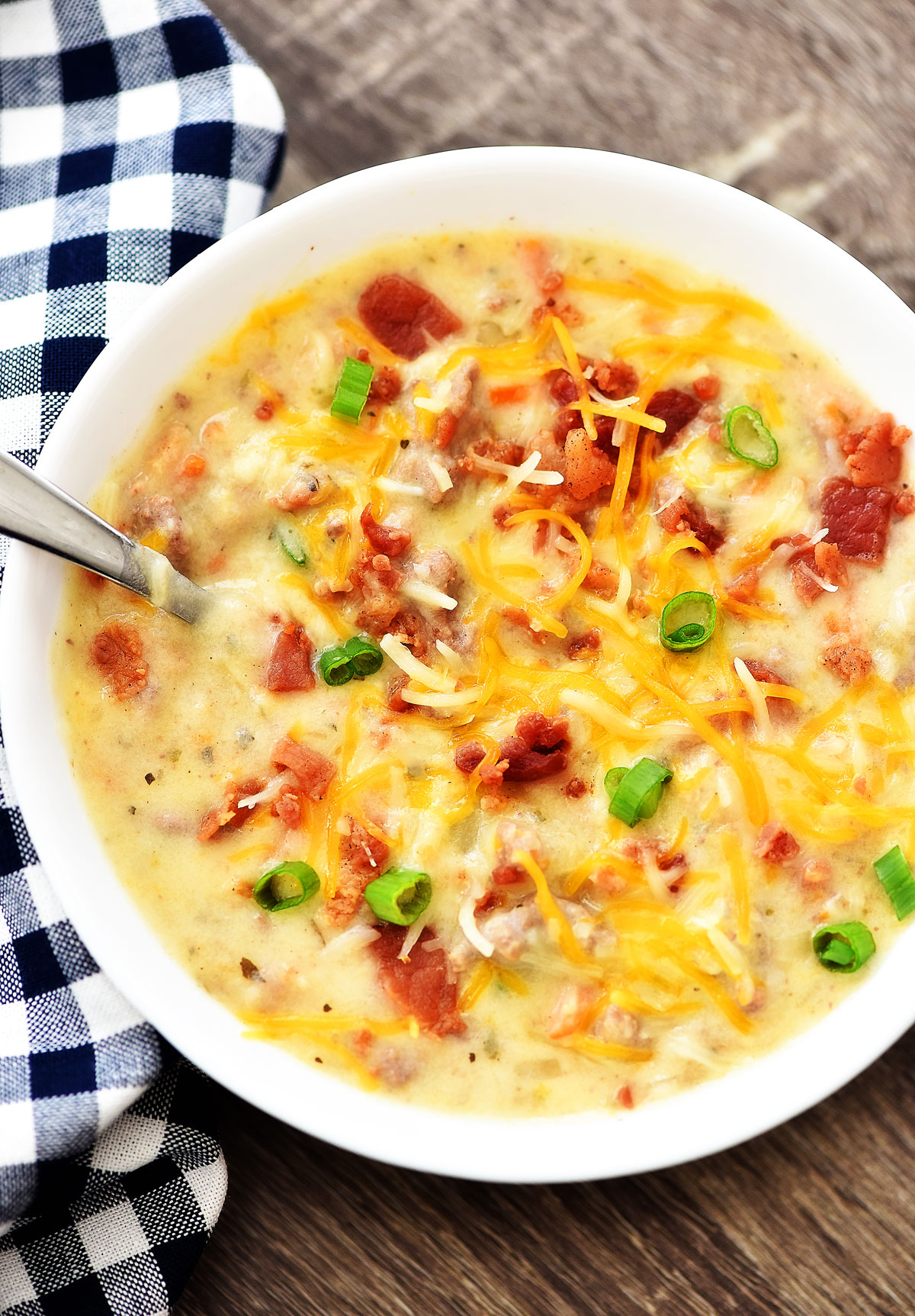