Hey guys! Today’s post is one I’ve been wanting to do for awhile, but life has been crazy busy. This morning I had some time on my hands, well after my kids stopped pranking me. Ugh. Hello April Fool’s Day. My kids thought they were pretty funny putting saran wrap on my toilet seat and taping a nickel under my faucet so I’d get sprayed with water. Little punks. haha! Little do they know I’ll be getting them back later… 😉

Any who- in early March I took a quick trip to New York City with my Mom, Aunt Chris, sisters and little brother Douglas. Doug works for the UN in Northern Iraq. (Scary, I know.) He has done so much amazing work over there, especially for the refugees and I am so proud of him. He’s my little hero. With him living over there we hardly ever get to see him. Luckily, he had some time off in March and met up with us in New York. It was so fun to see him and we all had the best time!

My little sister, Lindsey, who is my foodie twin did lots of research on where to eat in the BIG APPLE. Lin is like a little expert on traveling and everywhere she told us to go did NOT disappoint. Of course, we also did all the touristy things too. This was my first time there and I wanted to see and do everything I possibly could and boy did we! We walked all over Manhattan and I soaked in every second. The only thing I can complain about was that it was FREEZING cold. So cold I had to run into Macy’s and buy me a big warm snow coat so I wouldn’t freeze to death. Ha! Other than that, New York is officially now my favorite city and I can’t wait to go again and take Kale with me! 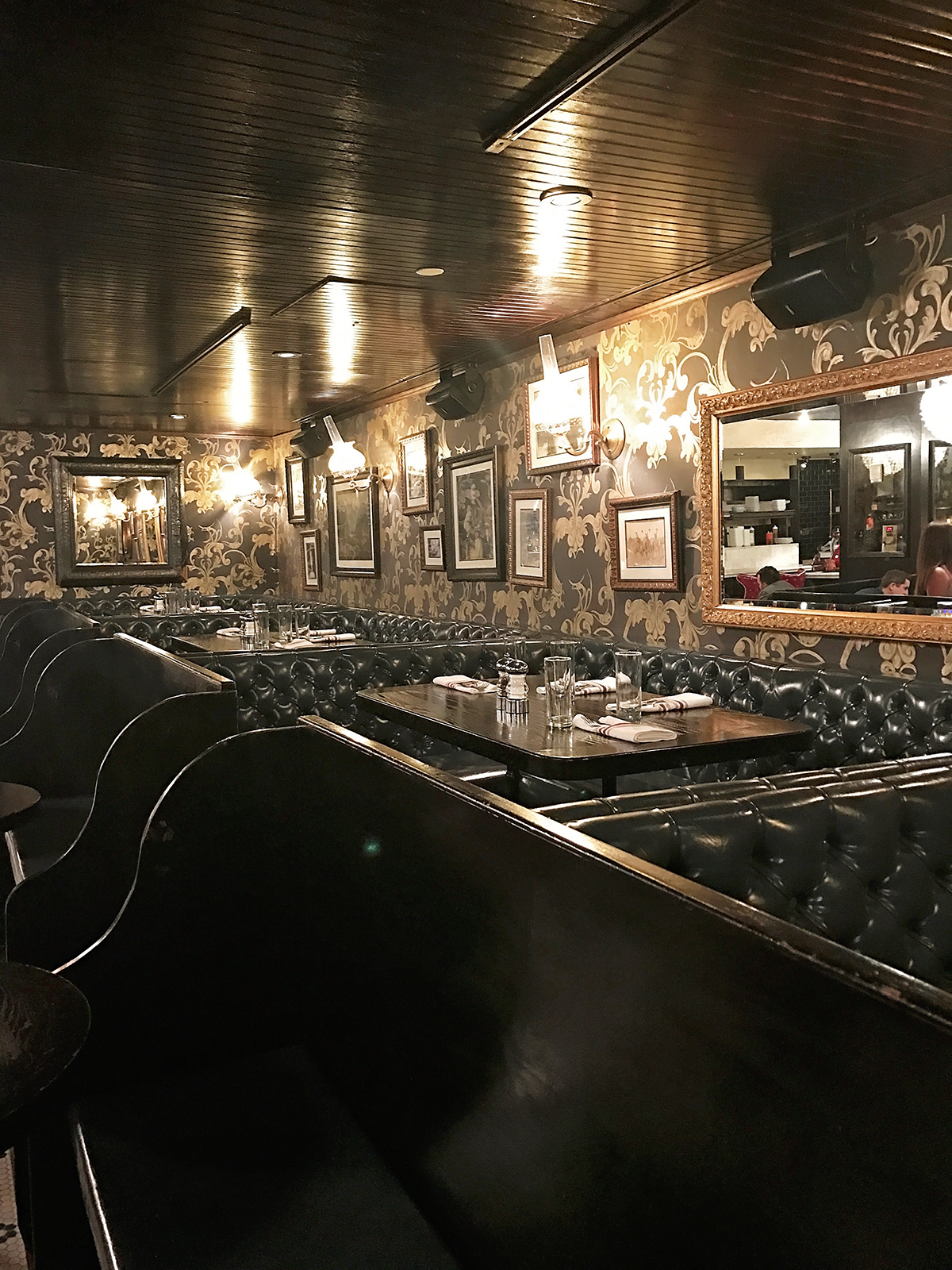 We flew out of Vegas and into JFK airport around 10 pm. After the flight we were SO tired. We headed straight to the hotel to meet up with Douglas and my Aunt Chris. We stayed in Midtown at the Refinery Hotel and it was awesome. It is a beautiful hotel with a great restaurant attached to it called Parker and Quinn. We had breakfast there our very first morning in NYC. The picture above is the gorgeous restaurant! (The picture is courtesy of the Pioneer Woman. She actually ate there just last week and talked about it on her blog! So crazy to think we were there just a few weeks ago!)

After breakfast we headed straight over to The Empire State Building! We purchased our tickets in advance. We paid a little extra for VIP tickets and were able to go straight up to the top. The view, of course, was incredible! It really puts into perspective how big New York really is.

After the Empire State Building we headed over to Chelsea Market. That place was awesome! It was so nice to go indoors to get warm. haha! There are shops everywhere and lots and lots of food! We stopped in Amy’s Bread (one of the places Lin heard was amazing) and got a slice of her Yellow Cake with Pink Frosting. It was the bomb dot com. So good!

We shopped around Chelsea Market for awhile then headed over to Macy’s to go grab a coat. I was sick of freezing! Then we headed back to the hotel to get ready for dinner. Doug’s friend, Andy Humm, told us about a great place to eat called Pete’s Tavern. We grabbed taxis and headed over.

I have never been in a restaurant like this. It was so cool! It was built in 1864 and is still really popular in NYC. It was packed with people! There are pictures of celebrities all over the walls. I snapped a pic of this one below of Brad, Angelina and Johnny Depp with Pete. The whole vibe of the place was too cool and the food was INCREDIBLE!

We ordered Coconut Shrimp for an appetizer. Amazing.

My Mom and I ordered Filet Mignon’s with creamed spinach and mashed potatoes. HOLY. MOLY. BEST steak of my life. Every bite melted in my mouth.

We seriously had the best time at dinner. Talking, laughing and enjoying every bite of our food. After that- we went back to the hotel and crashed hard. We knew we would be getting up early for more fun!

The next day the first thing we did was went to the Metropolitan Museum of Art. Such an amazing place with so much history and artifacts. I didn’t take any pictures inside, although tons of people were. I just wanted to see everything and enjoy every second without taking pics. That place is so massive we maybe saw 1/4 of it. Next time I’m back in NYC I’ll definitely go again.

After that, we walked over to Central Park. I couldn’t believe how beautiful and big it was. It’s so big we hardly saw any of it, but what we did was gorgeous. The picture above was taken in the park.

Another place we knew was a must was LEVAIN BAKERY. Oh yes, my friends. This bakery is the bomb! We couldn’t believe how long the line was just to get inside, but you better believe we waited (and froze our butts off.) ha!

Their chocolate chip cookie is life. No seriously, it’s life. I’ve never tasted a cookie this delicious. It was warm and crispy on the outside, and gooey and heavenly on the inside. I still have dreams about that cookie….

After we stuffed our faces at Levain, we caught a cab over to Broadway to watch CHICAGO! That broadway show was everything I imagined a show like that would be. It was really cool and the actors were awesome! (Don’t mind my hair, please. It was windy so it looks crazy. ha.)

After Chicago, Lin and I headed over to Times Square. It’s bigger than life and everything you think it will be. It was so cool! We walked over to Rockefeller Center where the Today Show is filmed, and saw Jimmy Fallon’s Tonight Show building! And Radio City Music Hall.. ♥  It was just so cool being there.

Right next door to The Tonight Show is the Magnolia Bakery! Another must-stop. I wanted one of everything!! 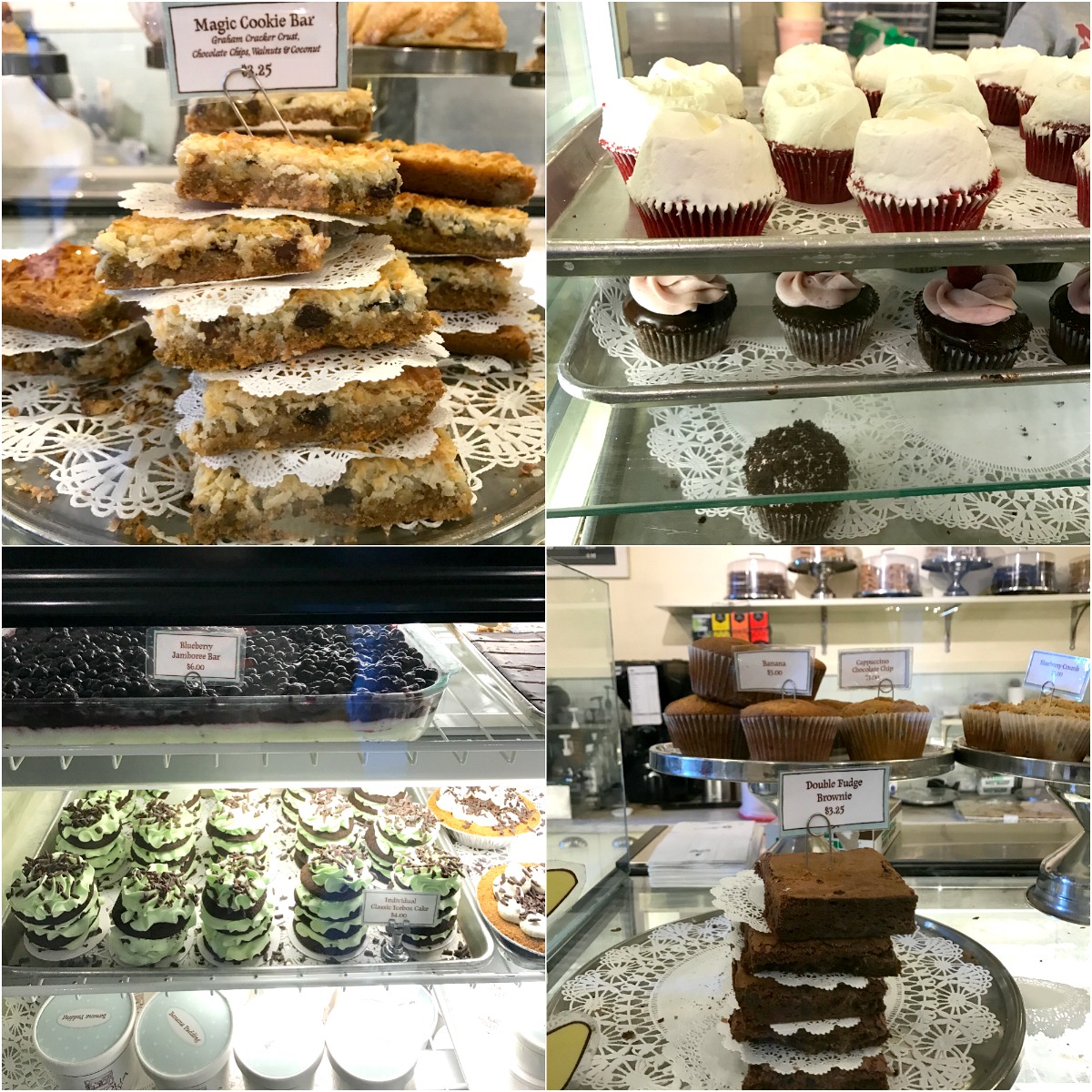 I ended up choosing the Chocolate Cupcake with Chocolate Buttercream Frosting. It was moist, chocolatey and delicious! Lindsey got their Banana Pudding that they’re known for and it was amazing!!

On my NYC bucket list was the PIZZA. I was craving and needing a giant slice of New York pizza. I feel SO bad because I don’t remember the name of the pizza place we stopped at! Terrible, I know. But I do remember it was close to Times Square and it was so delicious. The best pizza ever! 😀

On our last day we rode the subway to the 9/11 Memorial. It was so humbling to be there. I wanted to be respectful so I didn’t take any pictures. It’s hard to describe the feeling I had while I was there. As soon as I walked up to the fountains where each building once stood, I cried. That day back in 2001 affected every person on this earth in some way. I know I’ll never forget it and to be in that exact spot where such tragedy occurred was surreal.

New York City is one of those cities you HAVE to experience. It really is larger than life and so incredible. Like I said earlier, I can’t wait to go back again and explore tons more I wasn’t able to on this trip! 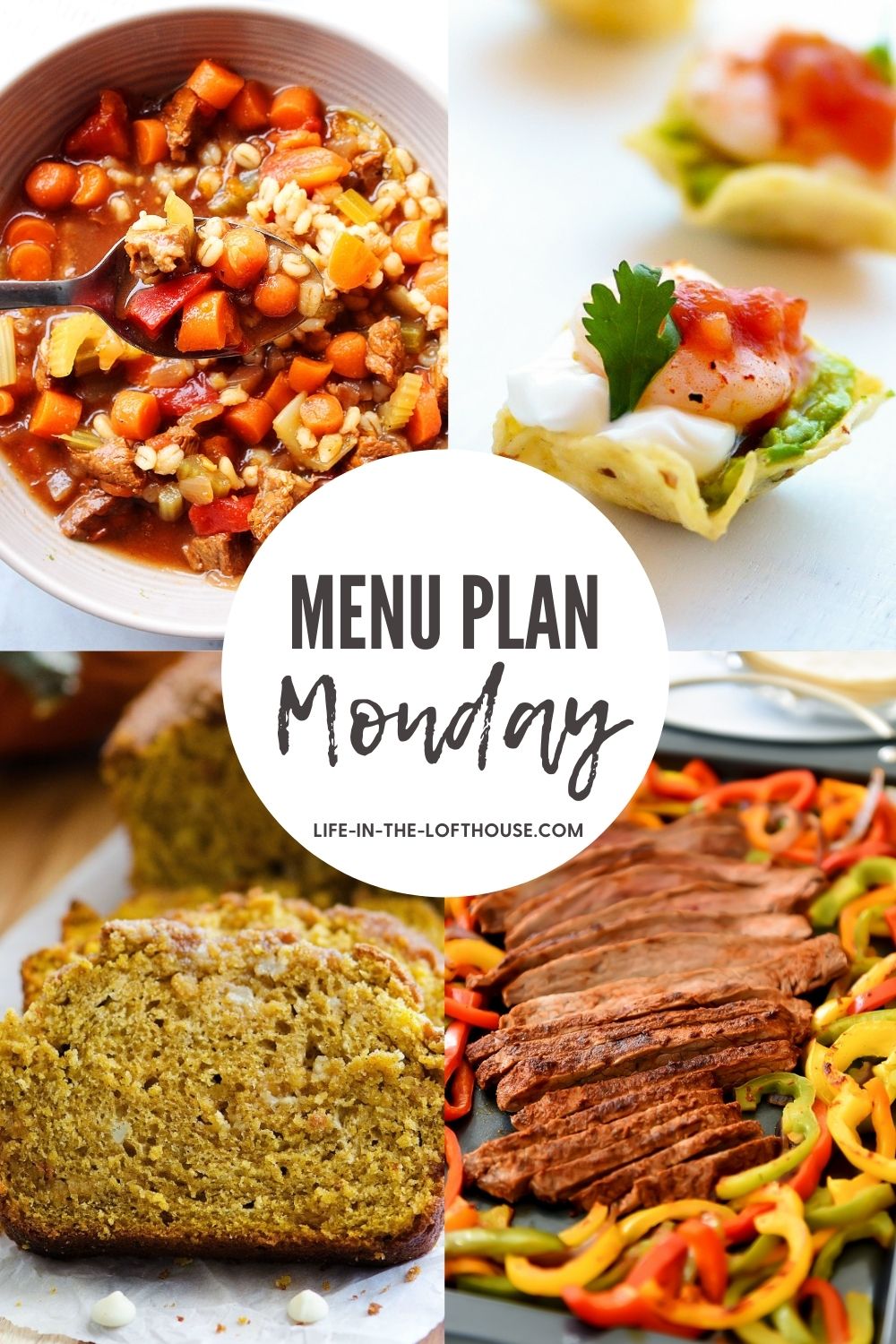