Cheesecake Chocolate Chip Cookie Bars are decadent homemade cookie bars made with a layer of creamy cheesecake in the center. They have the perfect ratio of cheesecake to cookie dough so you get the best of both worlds! 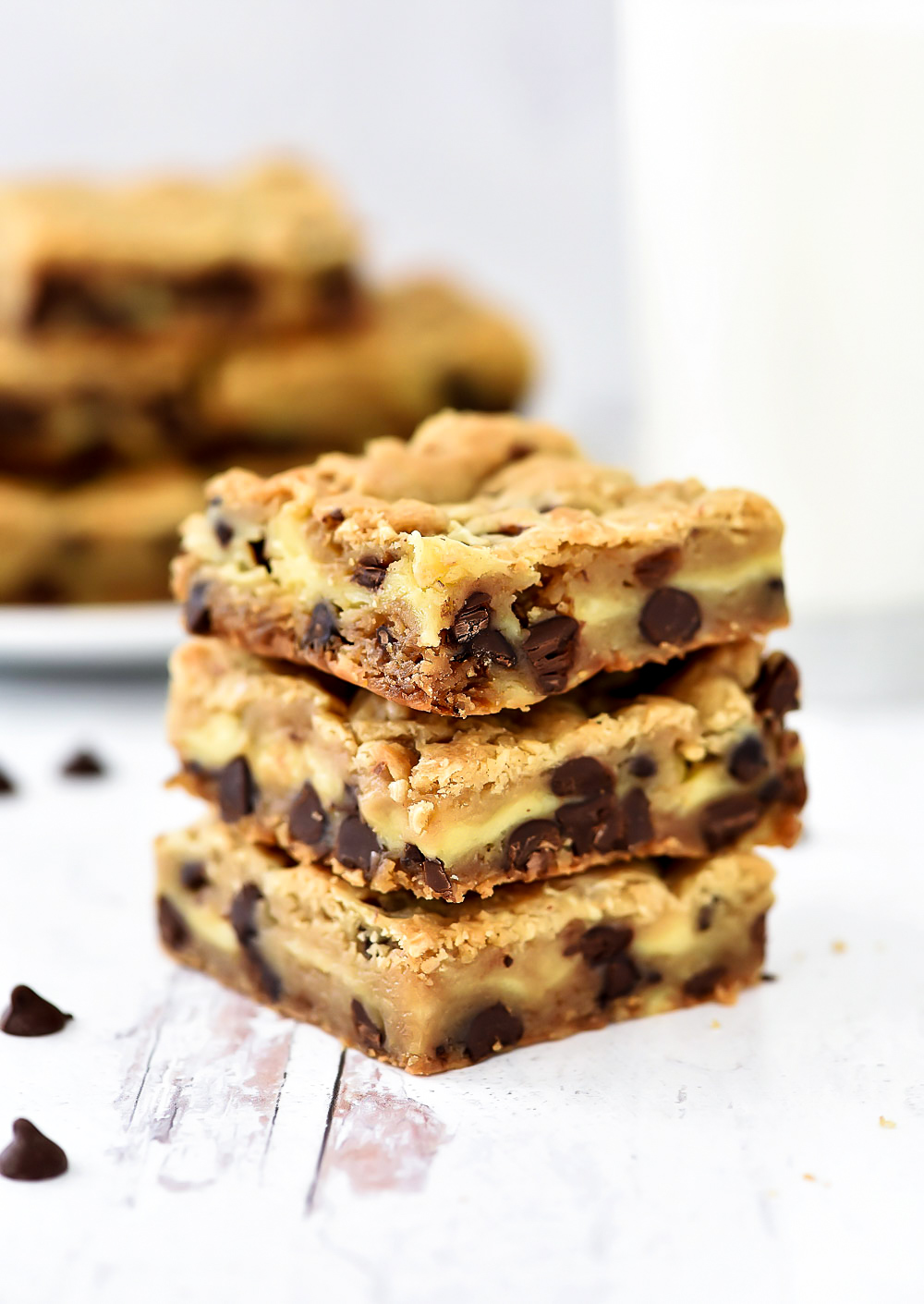 These Cheesecake Chocolate Chip Cookie Bars are seriously one of my favorite desserts to make. That’s thanks to these two reasons: one- they are SO easy to make despite being made from scratch and two- cheesecake and chocolate chip cookies are two of the best desserts ever. To have the two combined into one decadent dessert? Now that’s a union worth celebrating. 🙂

The top layer of cookie dough produces a slightly flaky and crispy top in the oven that is to die for! Take a bite and you’ll be greeted with both sweet and salty flavors as well as the softest cookie bars you’ve ever known. These bars are so delicious and indulgent you just have to give them a try! 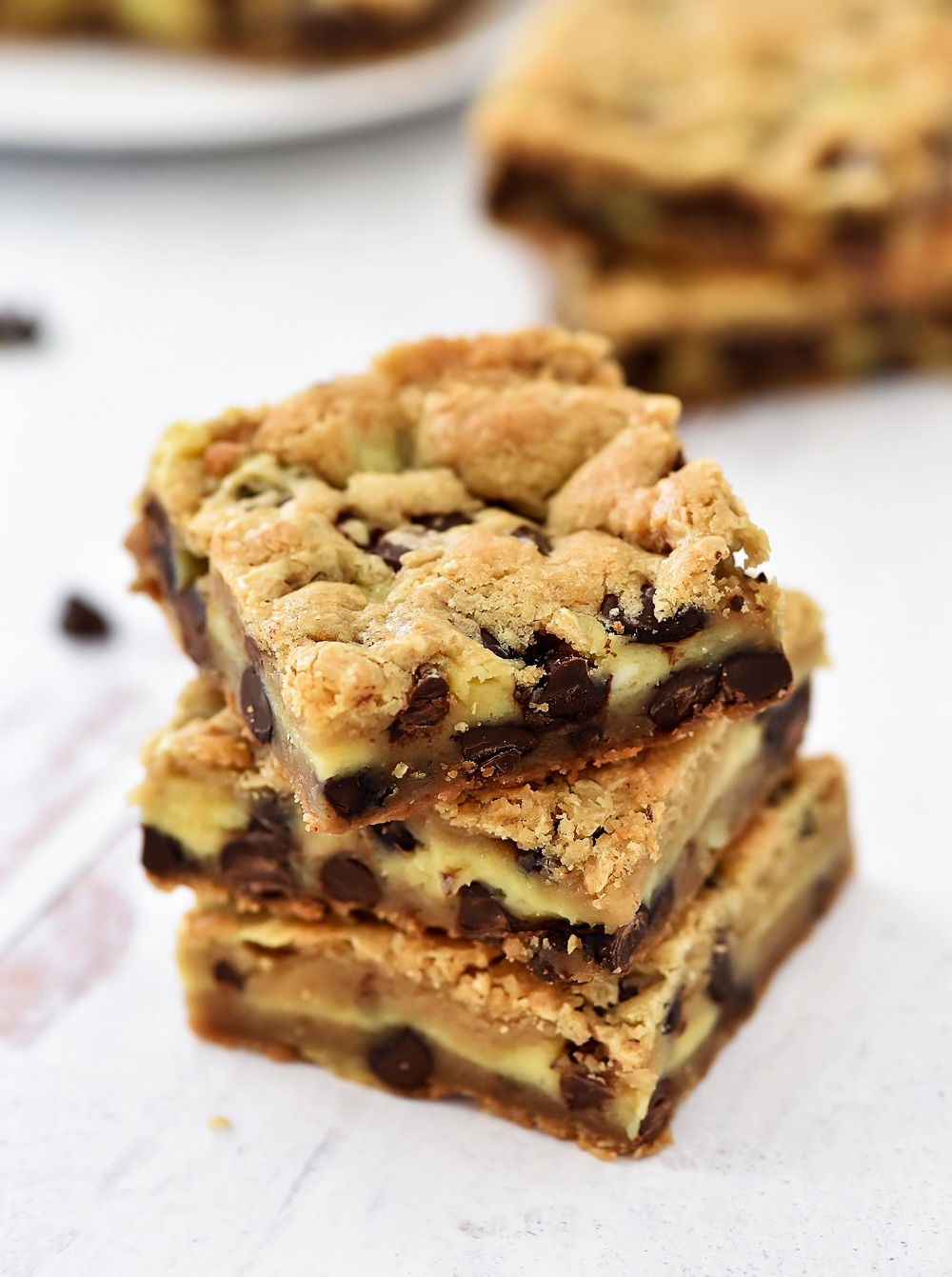 Make the cookie dough and cheesecake filling and layer them on top of one another! Yes, that’s seriously it!

For the cheesecake layer:

CAN THE RECIPE BE DOUBLED?

Yes! By doubling the recipe you can easily serve to a bigger crowd and now fit the recipe into a 12×16 pan!

As long as the bars are stored in an airtight container in the fridge, they can last up to 3-4 days!

HOW DO YOU SOFTEN CREAM CHEESE?

You can soften cream cheese one of two ways:

Microwave: place the unwrapped cream cheese into a microwave safe bowl and heat up for 10-15 seconds. Be sure to not over microwave the cream cheese or it will melt.

Set it out: either leave the cream cheese out a couple hours before you plan on baking the cookie bars, or cut the cream cheese into small pieces on a plate and leave out for 15 to 20 minutes. 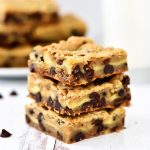 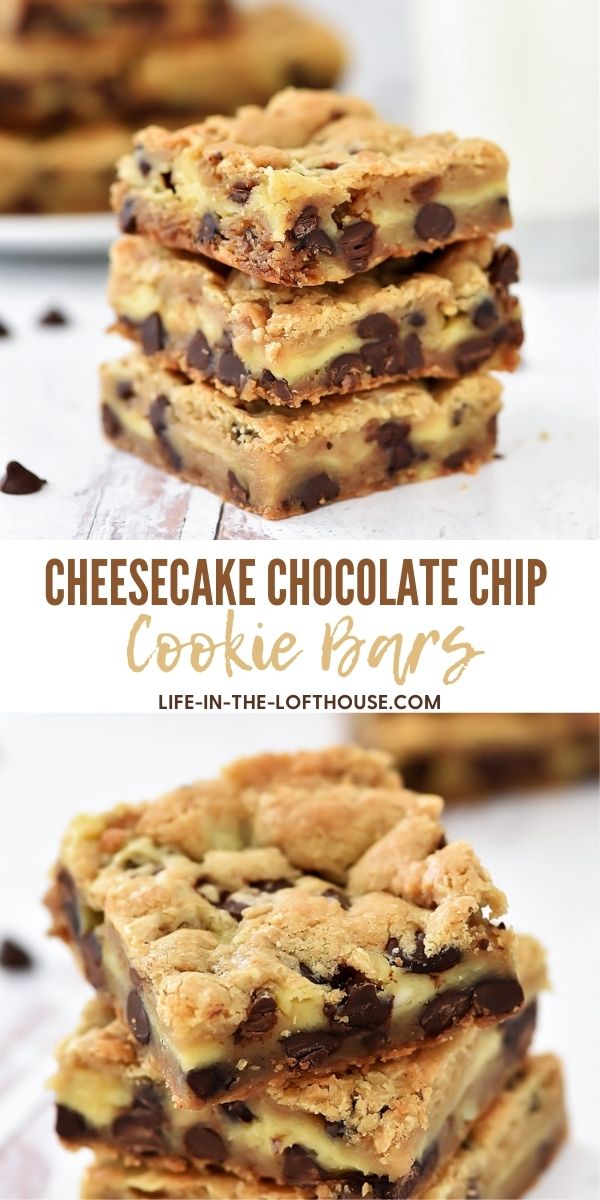 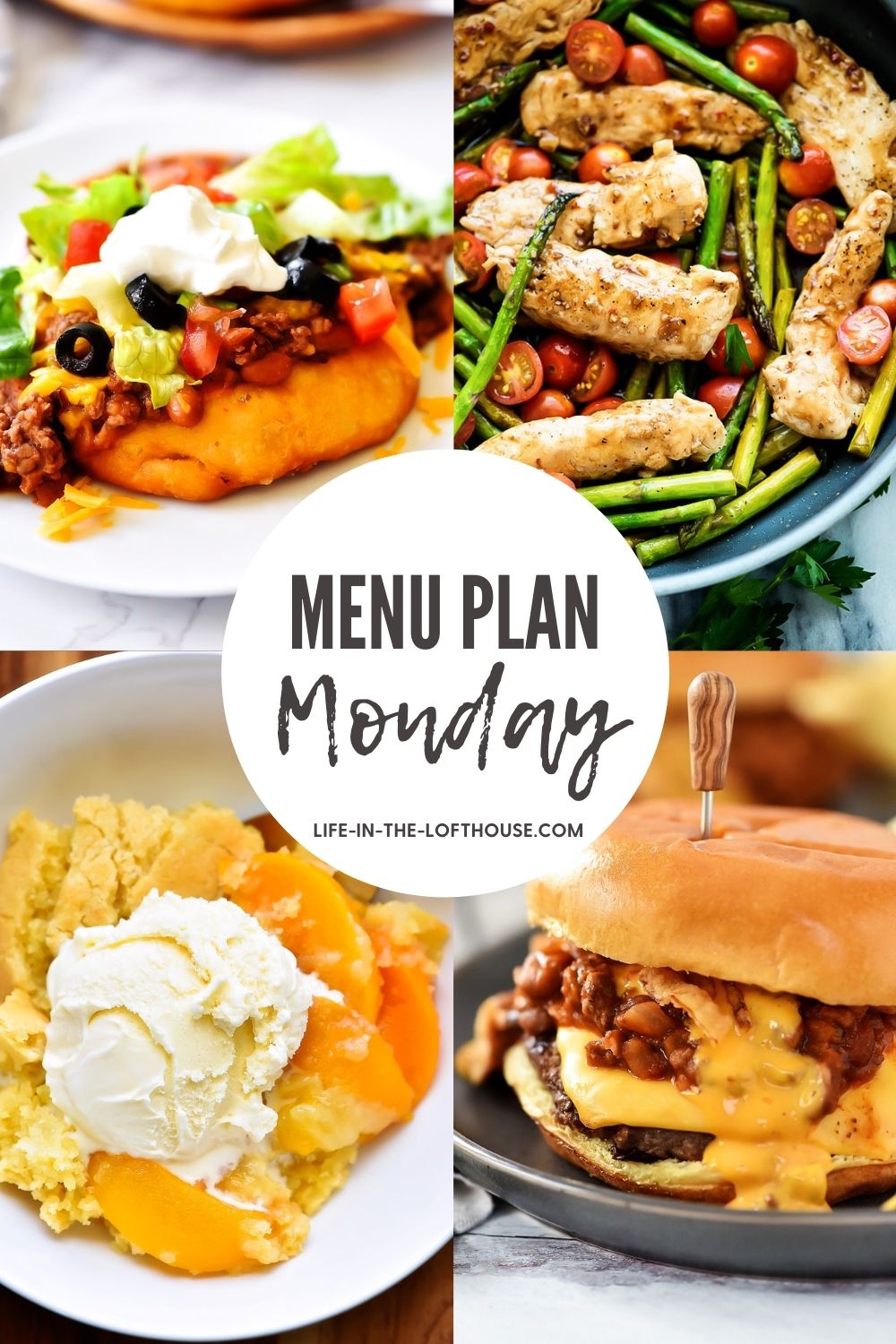