Delicious and easy to make Homemade Corn Dogs! They taste just like the ones from the fair. These yummy corn dogs are a family-favorite! 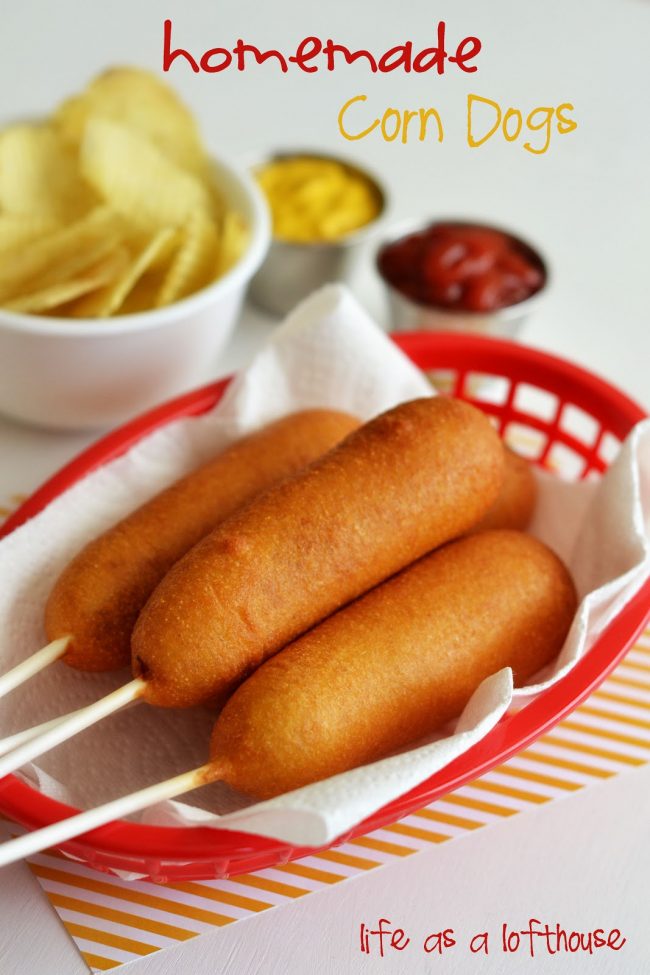 There is a litte town about 20 minutes from where I live called Veyo. They have a popular pool there that is nestled and surrounded by trees and rocks. I have so many fun memories playing and swimming there as a kid. We would catch crawdads that crawl around outside the pool, play at the arcade and have a blast swimming. They also serve amazing food! They are known for their to-die-for corn dogs!

I crave their corn dogs every now and then so I decided it was time to try making some at home. They turned out so unbelievably delicious! I don’t own a deep fryer, so I just used a medium pot to deep-fry the corn dogs in. Although it seems a little intimidating, they were really easy to make.

My kids loved them and my Hubby inhaled three! I ate one, but dreamed about eating five…

I will be making these again soon, without a doubt. 🙂 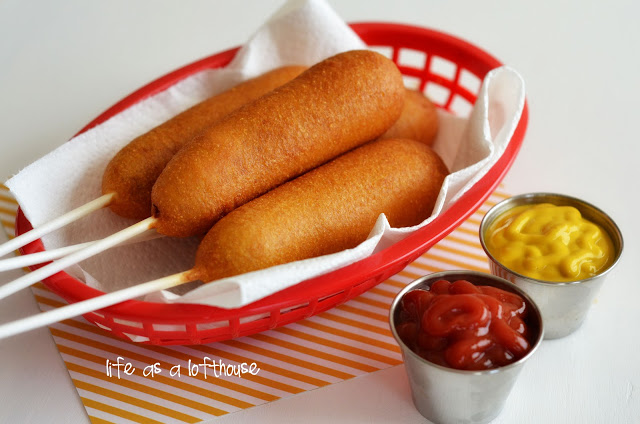 MORE FAIR FOOD RECIPES YOU MAY LIKE TO TRY: 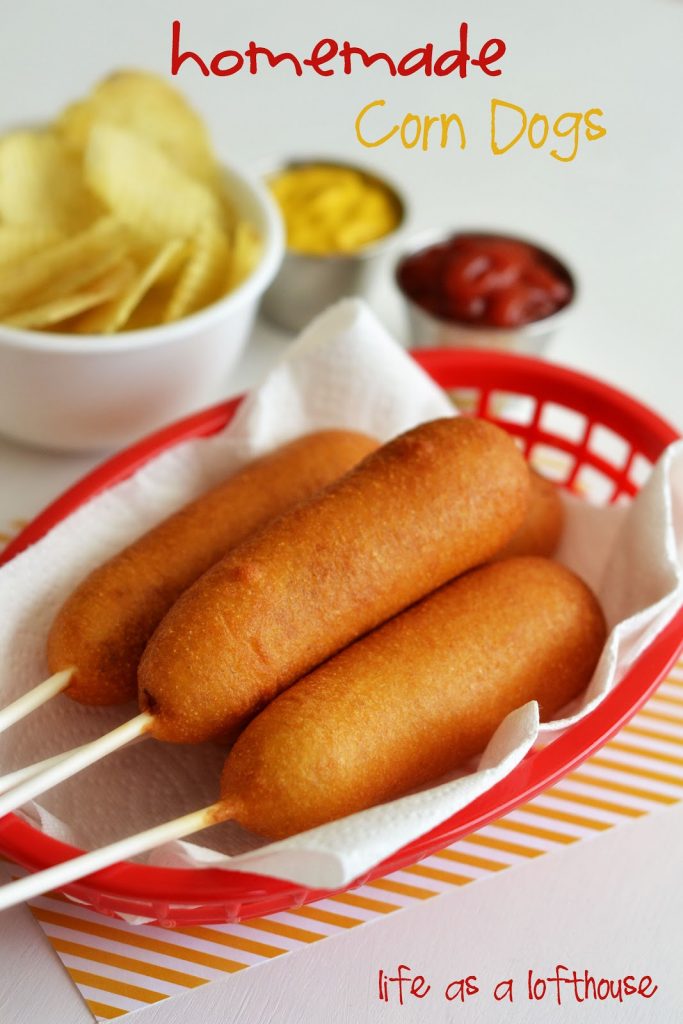 Save Print
Prep time
25 mins
Cook time
3 mins
Total time
28 mins
Delicious homemade corn dogs! They taste just like the ones from the fair. These are a family-favorite!
Author: Holly
Serves: 10
Ingredients
Instructions
3.5.3251

Hey there!
I'm Holly Lofthouse, the creator of Life in the Lofthouse. I am a mother, wife and friend that loves to create easy and delicious recipes. Welcome to my kitchen!
Learn More

Be in the know!

Don’t miss a thing. Get updates sent straight to your inbox! 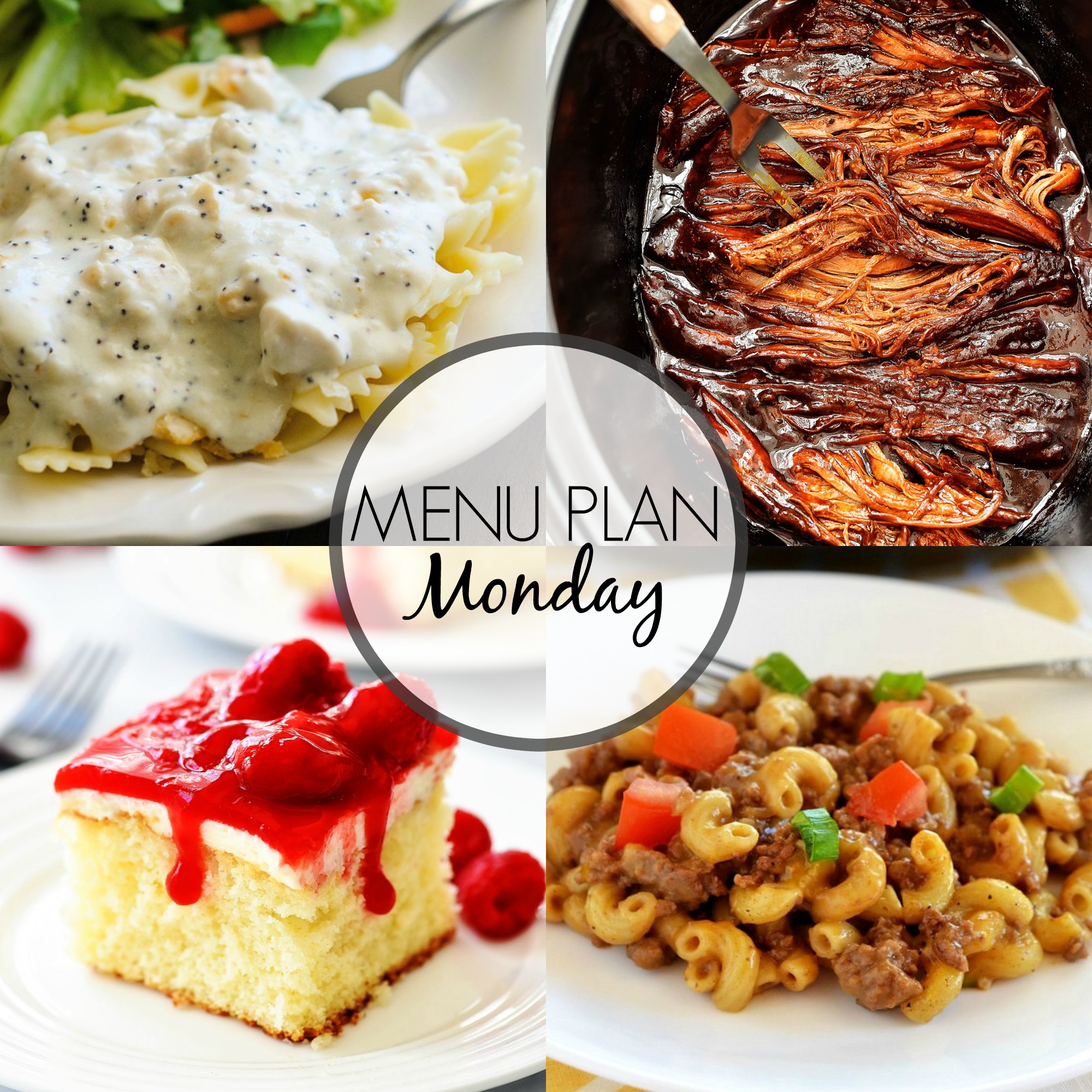